Quvenzhané Wallis and Sarah Hyland are pet lovers too! This past October, the two actresses each attended separate events to support animals in New York City.

Read on to find out more on how these young Hollywood stars lent their time to help furry friends.

On October 15, child actress Quvenzhané Wallis partnered with the Banfield Pet Hospital to host a book reading at the Children’s Museum of Manhattan.

In front of a small crowd,  Quvenzhané read aloud Banfield’s first ever children’s book, “My Very, Very, Very Busy Day.” The book’s goal is to inspire kids to take care of their pets and teach them to be responsible pet owners. It was written to entertain and educate children on what it means to be a responsible pet owner and the importance of pets receiving preventive veterinary care. The 11-year-old, star of the musical film “Annie”, was also joined by her four-legged co-star Sandy and Dr. Ari Zabell of Banfield Pet Hospital. Proceeds from the sales of “My Very, Very Busy Day” will go to provide preventive care to pets in need.

Quvenzhané Wallis began acting at the tender age of five. Originally from Houma, Louisiana, she got her big break when she auditioned for the lead role in “Beast of the Southern Wild.” That led her to be the youngest performer to be nominated in the Lead Actress category. Quvenzhané also made a brief appearance in the Academy Award-winning film, “Twelve Years a Slave.”

In Annie, Quvenzhané plays a young, happy foster kid who’s also tough enough to make her way on the streets of New York. Originally left by her parents as a baby with the promise that they’d be back for her someday, Annie has to survive living with her mean foster mom, Miss Hannigan (Cameron Diaz) until she is ultimately saved from New York mayoral candidate Will Stacks (Jamie Foxx).

Modern Family’s Sarah Hyland and her dog Barkley Bixby joined Swiffer and the ASPCA® (The American Society for the Prevention of Cruelty to Animals®) for a celebratory pet adoption event in New York City on October 20.

Featured were key remarks from the ASPCA and Sarah Hyland, as well as pet grooming stations, pet play areas and even a treat bar. Swiffer also announced their year-long effort to help support the ASPCA in finding homes for animals in need and help make the challenges of cleaning up after a pet less of a concern after adoption. Hyland said, “I love being a mom to my dog Barkley Bixby and can’t imagine life without him. In fact, I have a little habit of sometimes grooming him myself which causes a hairy mess on my floor. Like most people, I really hate dog hair tumbleweeds so I use my Swiffer Sweeper all the time – it’s quick and easy so I can spend more time playing with Barkley on the floor versus cleaning them!” The 24-year-old was born in New York City and also started acting when she was five. She’s come a long way from her first role as Howard Stern’s daughter in Private Parts. Now she’s best know as playing Haley Dunphy in ABC”s Modern Family. 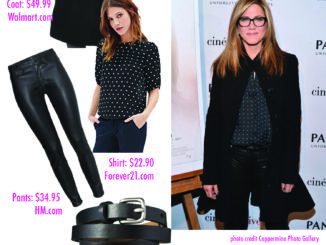 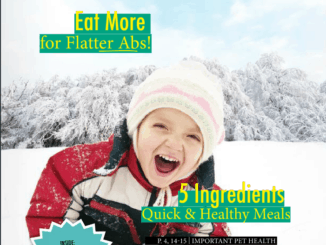 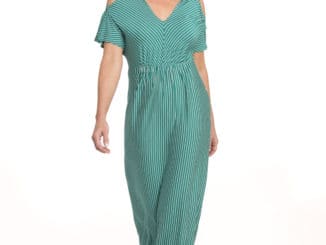