Meet the Warden of the NH State Prison for Men: Michelle Edmark

When Michelle Edmark goes to work steel doors lock behind her and armed officers patrol her building’s perimeter. Edmark is the warden at the New Hampshire State Prison for Men in Concord, NH, which is overseen by the New Hampshire Department of Corrections (NHDOC). The prison houses more than 1,300 residents at maximum, medium and minimum levels. The prisoners vary in age from 18 to senior citizens and sentences may be a year to life behind bars.

“It does take some getting used to, knowing that you have to rely on someone else to let you out at the end of the day,” says Edmark, referring to her unique work situation. “Some people don’t like to meet me here because of the security, but I’m used to it. I’m going to be 43 this year, and I’ve spent half of my life working inside. You might say I grew up within the corrections system so this is second nature to me now.”

As a young woman, Edmark was curious about a career in law enforcement, but also had interest in studying early childhood development. Still torn, she went to college for early childhood development, but revised her career path while there. Her future was decided when a friend’s father, who worked at the prison, mentioned that there were job openings and that she might be interested. Edmark decided to take a chance and applied without telling her parents. She was just 21 years old.

“I didn’t tell my parents when I applied not because they wouldn’t be supportive, but because if I didn’t get hired, I didn’t want them to worry,” she says. “I’m actually fortunate in that my parents have always been supportive of my siblings and I. They have encouraged us that we can do and be anything we want. My sister is also in a male-dominated field, so they are accustomed to us pursuing non-traditional roles. I know that my folks are proud of me, but that they have also worried over the years as it can be a dangerous job.”

Edmark started as a corrections officer trainee and went to the academy, which at that time, was eight weeks. “We learned everything from legal issues to suicide prevention, behavioral health, stress management, communicable diseases, CPR/first aid, the anatomy of a setup, and cross-and cross-gender supervision,” she explains. In addition, we covered managing hostage and riot situations and the appropriate use of force. I was initially assigned to the women’s prison but didn’t really want to be there. I felt that emotionally, being at a woman’s prison was going to be harder, and that it would be more difficult to distance myself from that population. The women would tell you their stories and show you pictures of their families. They told you how they felt. I was just 22 and still finding my way. I also had it ingrained in me to not get too involved. However, once there, I found that instead of wanting to run the other way, I actually loved working with the women. I knew I was making a difference and I learned a lot about teamwork, camaraderie, leadership and how even small decisions could be important. It gave me a great foundation for the rest of my career. While there, I worked my way up to sergeant and felt my career was on its way.” 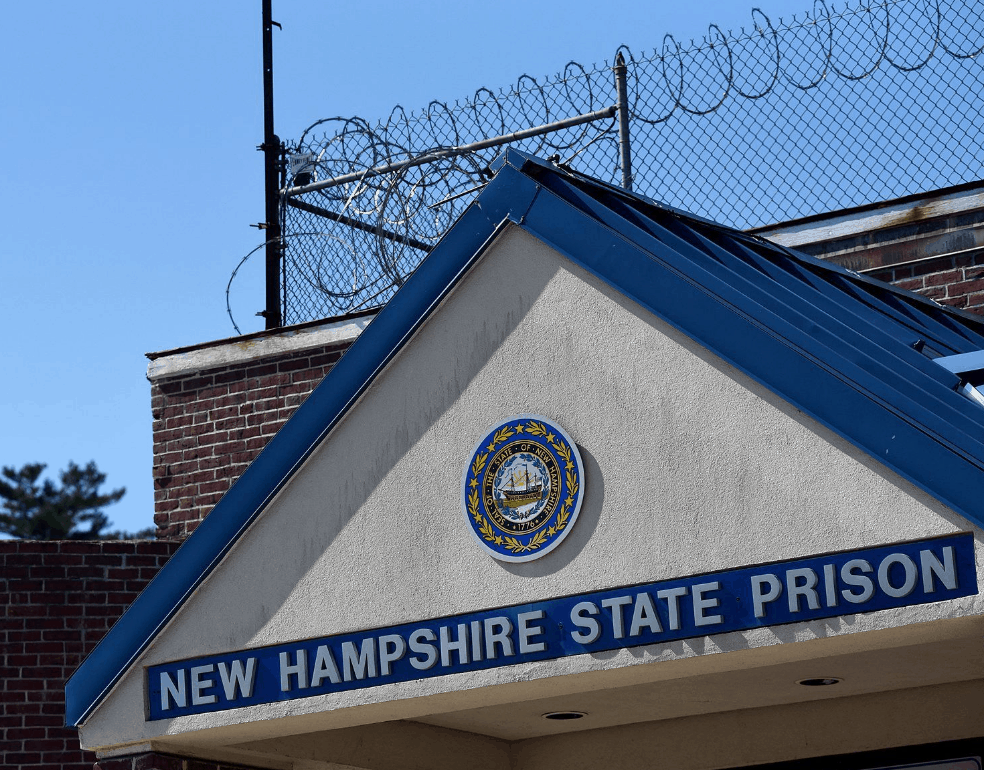 Edmark next found herself conducting training and operations at the women’s prison, and also training men and women together, a position she loved. “Training was one of my favorite things,” she recalls. “Helping other officers learn and grow in their careers was very rewarding. It was important to be involved in a process that helps different kinds of people learn to work together. The people under departmental control can be manipulative and if they sense a staff member feels isolated they can try to take advantage of that. This is one reason why training is so important–it teaches you to recognize these risks and it helps build the teamwork and cohesion needed for a successful staff.” While working in the training bureau, she made captain and soon thereafter, found herself supervising the men’s prison in Berlin.

“I never gave much thought to the fact that I was going to be a woman warden at a men’s prison, “ she says. “Making the move to warden was a natural career progression and it didn’t matter that it was at the men’s facility. It was the opportunity that drove me. I had the qualifications and it was the right move.” 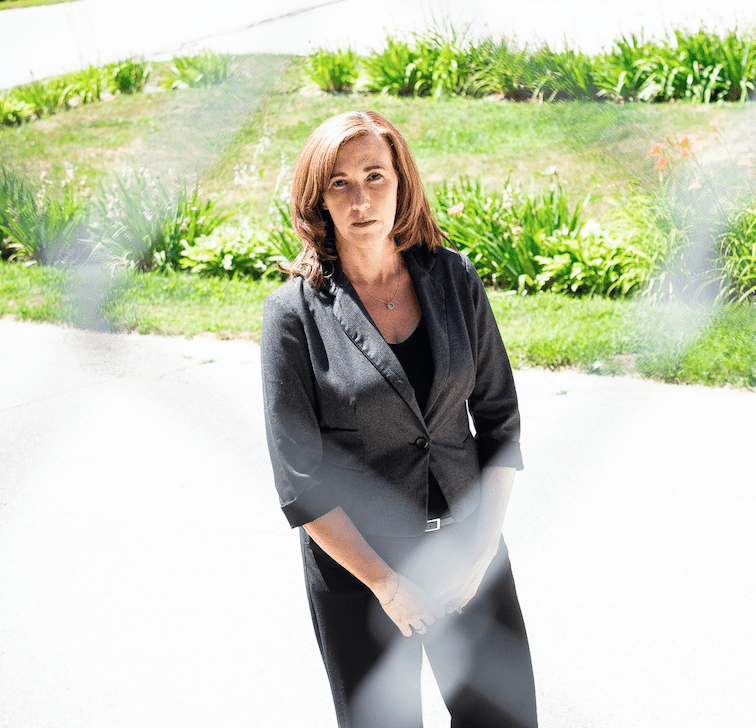 Despite working in a predominantly male field, Edmark has not felt much bias. “I’ve been in the corrections field for a long time and great strides have been made during that time period. I’ve been fortunate to reap the benefits of those changes. I’ve never faced any real issues from working in a largely male environment. I can’t say that I’ve never encountered challenges because I was a woman, but I’ve never had an overwhelming feeling that my gender was an issue. In the corrections system, it’s about your abilities and capabilities. Can you be counted on? That’s what matters.”

Edmark was the first female captain in the NHDOC system, and as congratulations poured in, she admits she had a few pangs at first. Were they recognizing her achievements or was it just because she was a female breaking new ground? “At first, I felt almost guilty and a bit undeserving of all the attention,” she says. “But then I accepted that it was a breakthrough as well as a personal achievement, and I was proud.”

Edmark became warden of the Concord facility in April of 2018. She faces many challenges in her job, but among the most critical is finding qualified staff. “Unemployment is low right now so every law enforcement agency is having a hard time finding personnel,” she says. “I think there are also a lot of misconceptions about corrections work. Too often, people think of corrections officers as just armed guards but they are so much more than that. They are trained professionals who have a very interactive role with the people under their custody. They hold inmates accountable, protect them, help them with their needs, listen when they need to be heard, and may be called upon to keep them from harming other people or themselves. The people in their care depend on them and corrections personnel take that job very seriously.

“We are required to be physically fit,” she continues. “And it is key that we are observant and good communicators. Corrections officers are people of integrity and care about the work that they do. Contrary to stereotype, there is no ‘typical’ corrections officer. We are a very diverse group and our diversity is our strength. We bring different backgrounds and skills to the table and that only benefits the department as a whole.”

Edmark acknowledges that the people under her custody can be challenging, and that working in corrections brings unique situations on a daily basis. “There is always something that’s never happened before, that you’ve never seen before. We make a concerted effort to stay current with all the changes in law enforcement, criminal activity, and procedures, and to be proactive, but we also have to be prepared for the unexpected.”

In Edmark’s world, there is no typical day. “We do daily briefings and I meet with the leaders of the different divisions; we have security briefings and make sure we are on top of everything. I walk the facility and grounds and talk with staff and inmates about issues, and just try to be a presence. I field phone calls from the public, from legal teams and the media, and I interact with the Attorney General’s office. My team and I address grievances. We also work to promote the work that we do so that the public has a better understanding. And, I address any new questions, concerns or comments that may have come up. The job is never boring and never the same!”

For Edmark, the rewards of working in corrections far outweigh the challenges. “Every decision you make has an impact on someone’s life,” she explains. “I have always wanted to try and make a difference and this job allows me to do that. It can be difficult sometimes, and at first, it was a unique environment to get used to, but once I adapted to that, I found the work rewarding. I enjoy trying to improve situations for the people under our custody and for my staff.”

Edmark is also a wife and stepmom and somehow manages to balance her unique career with her personal life. “Family time is important,” she says. “I make sure to make time for myself and my family–that helps me leave the stress behind. We enjoy going to sporting events or for long walks and planning time away. I love to work out but I also like to take time to do nothing–to let my mind rest and be in the moment. That helps me decompress. It’s a challenging job and it’s easy to keep your mind going 24/7, but you need to find things you enjoy so you can shut the door on work, otherwise you won’t be at your best.”

As she looks ahead, Edmark is not sure what her future goals are. “Being warden was the main goal and now that I’m here, I feel that this may be the pinnacle of my career in corrections,” she says. “I want to do the best job I can in this position, and then, down the road, maybe take a different path. I’m not looking too far ahead at this point. I worked hard to get here and I’m going to focus on the present.”

One key goal in her present career is to shine a brighter light on corrections work. “Our commissioner is actively working to change the idea of what corrections is and to improve the public’s understanding of what we do. This is very important to me as well. We want to make things better for people under our custody, in terms of rehabilitation and mainstreaming them back into society. We want them to leave here in a better place than they were in when they came in. Part of that effort needs to include highlighting correctional facilities and what we do here. If we can demystify our work, we can improve public support and understanding. To that end, I and others are committed to greater public outreach. It’s another way we can make a difference.”